I thought I was leaving early enough to arrive at Yext early on my first day. Yes, it was raining outside, Yes, I had received the flash flood warnings on my cell phone. Little did I know that Arlington was experiencing a true flash flood emergency. Every route to get to the highway I intended to take was blocked, either with more than a foot of water or with emergency vehicles telling cars to turn around. Finally made it to the highway, but sat on the entrance bridge for almost an hour. There were at least 50 cars behind me so there was nowhere to go. One by one, the cars behind me starting turning around to the point where I was able to get off the now-closed highway. Headed south, then west, then north again to get to my office. Only an hour late, but my expected 18 minute trip took over two hours. Time to breathe.

Next up, monster five hour welcome-to-the-company onboarding session. Hey, at least it wasn’t 8 hours. And unlike the welcome back to school teacher meetings, the information was all new so I wasn’t bored. I took five pages of notes that I’m excited to go through in the next few days. I didn’t even realize how cool and important my company’s work is until today. I thought I knew, but I was blown away. Humbled that I get to be a part of this! Time to breathe.

Lunch was delicious - tried a split pea thing that looked exactly like the crab cakes they were also serving and it was yummy. Met over 30 people and tried hard to learn their names, where they are from, what college they attended, what their role in the company is, and where they sit. If I remember half of them tomorrow, I will be happy. Time to breathe.

Finally got to meet my team leader - he’s from RPI! What are the chances?!?!?! He graduated 17 years after me, but who cares? We have so much in common, it’s crazy. First impressions are that he’s patient, not pretentious, and super smart. There are seven of us on my team and two of us are women! Everyone seems nice so far, though two separate people touched my keyboard today. There will be none of that tomorrow. Time to breathe.

Discovered that eight of my former students are in my office with a host of other recent TJ grads whom I didn’t teach. Learned that the interns engage in typing speed contests just like my seniors did this past year. What the heck? Admittedly, I just tested my own typing speed to see if my arthritis has affected it much. Came in at a respectable 70, but need to bump up it up if I want to beat the interns. Time to breathe.

They gave me a desktop (it’s a cylinder!), a laptop, a hoodie, and a swag bag. I have a standing/sitting desk, dual monitors, and a really, really comfortable chair. I sit near the windows and have a lot of natural light. Apparently, I’m under the vents and was told to bring a blanket. I don’t what they are talking about because it wasn’t half as cold as the Kansas City Convention Center during the AP Reading in June. Did I mention that my computers are Macs? Time to breathe.

When I opened my work email, I had 40,000+ messages (that’s just from last week!) First task, create filters for everything. Then I started learning all the names of all the tools and platforms I will need to use. Embraced the bash shell and VIM. My to do list for tomorrow has only one thing on it: make some more to do lists. Time to breathe.

The expert in anything was once a beginner.Unknown

Brought no work home with me and I have zero papers to grade. Now it’s really time to breathe.

It was a great first day! 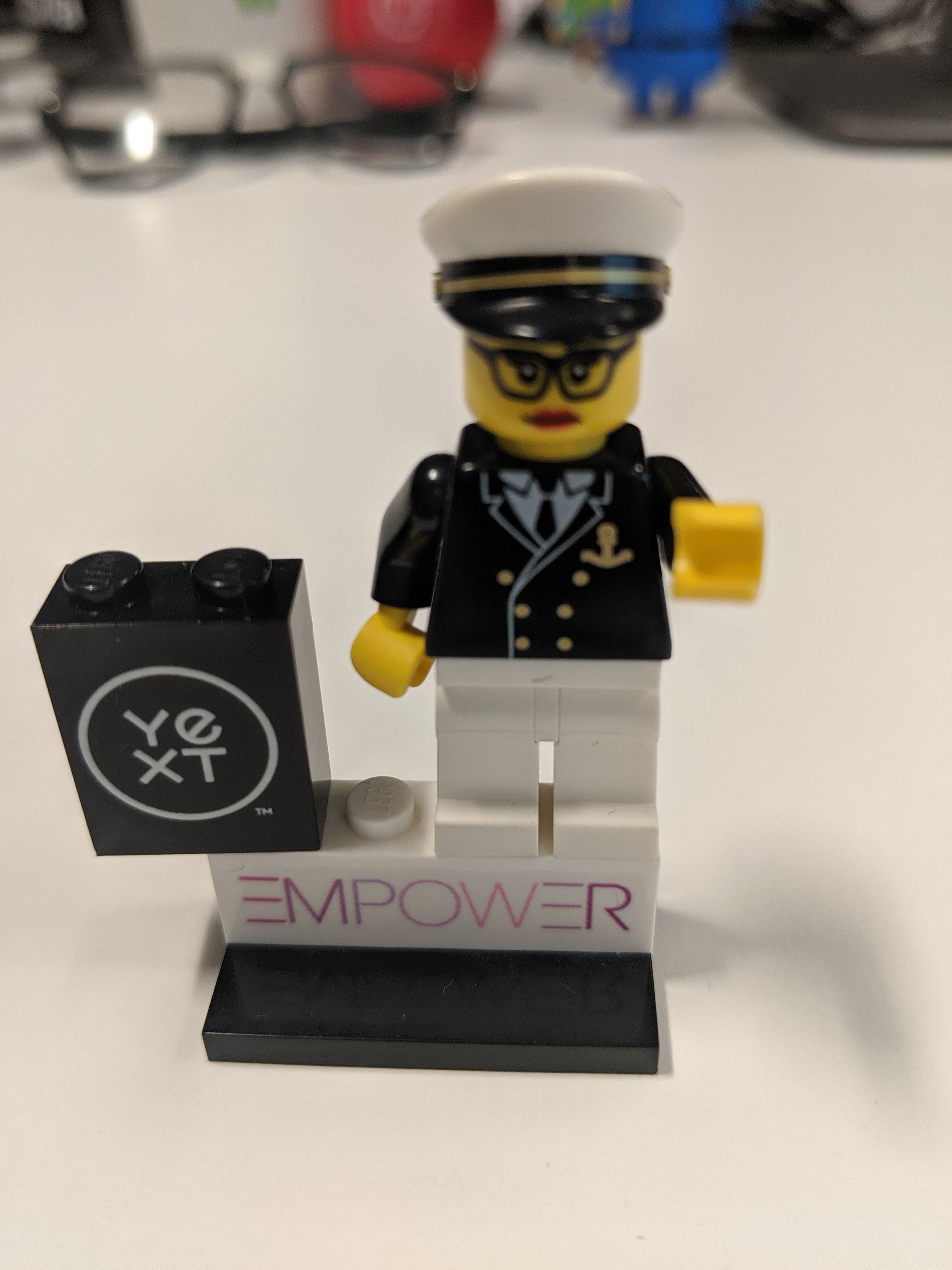 Ria Galanos' musings during her first year as a software engineer.